Liechtenstein is a is a German speaking microstate situated in the Alps between Austria and Switzerland. It is widely known as the sixth smallest nation in the world. Liechtenstein is also one of the few remaining nationalities governed by a monarch. Liechtenstein is the only currently existing monarchy of the Holy Roman Empire. One of the most renowned political figures of Liechtenstein was Prince Anton Florian I.

Anton Florian was the prince of Liechtenstein between 1718 and 1721. He was born in Wilfersdorf, currently known as Lower Austria in 1656. Prince Anton Florian I was prepared for political leadership and responsibility from childhood. For this reason, he received excellent education and always knew what his future held and the direction it would take.

The beginning of his political journey

In 1676, a twenty-year-old Anton entered imperial services in the role of a Chamberlain. This was the beginning of his political journey and highly successful career. Eleven years later, in 1687, Anton received the Hungarian Indigenate. A couple of years later, the emperor appointed Anton a Privy Counselor and sent him to Rome where he became the first lay person to Rome’s Papal Court. While in Rome, Prince Anton Florian I initially worked as an extraordinary envoy. However, in 1691, he became an ambassador.

The beginning of his political path with Emperor Karl VI

He relocated to Spain during the war of the Spanish Succession war. Anton Florian was the Chief Intendant and Prime Minister of the Archduke of Karl, who later became the Emperor Karl VI.  Anton was entrusted with the direction of the education of the Archduke Karl, thanks to his extensive political knowledge, education, and experience. He performed his role successfully and led the Archduke towards a successful political career. In 1697, Prince Anton Florian I received the Order of the Golden Fleece. From 1703, Anton Florian accompanied Archduke Karl as the Lord Chamberlain and the First Minister in the war of the Spanish succession. He was awarded the Spanish Grande title.

After the Archduke’s elevation to Emperor Karl VI

In 1711, the archduke Karl was elected as the new Holy Roman Emperor after his elder brother’s sudden death. After Emperor Karl VI’s appointment, Anton Florian became the head of the imperial government. He served as the chairman of the council of state and Emperor Karl VI’s Chief Chamberlain until his demise.

Upon his return to Liechtenstein, Prince Anton Florian I assumed government leadership as the chairman of the council of state. His influence at the court allowed him to retain his position as the Chief Intendant. In 1713, Anton Florian gained admission to the Imperial Council of Princes. The admission would benefit him and his heirs. However, he had to agree to the term of a solid piece of territory directly subordinate to the emperor. With that, Anton Florian became the Prince Anton Florian I, a sovereign member of state of the Holy Roman Empire.

In 1712, Prince Anton was to become a Lord, when the emperor Karl VI appointed Lord Chamberlain. The following year, he was appointed as the headmaster commissioner at the Moravian Diet.

Prince Anton struck a deal with his nephew Joseph Wenzel that allowed Anton’s acquisition of the Vaduz and Schellenberg territories in exchange of land. In return, Joseph Wenzel received the wealthy Rumburg dominion in Bohemia. Joseph Wenzel had inherited the land from his late Hans-Adam I, who was the Prince of Liechtenstein and Florian’s nephew. His successful territory acquisition persuaded the emperor to approve is lobby for their elevation to the Imperial Principality of Liechtenstein in 1719.

The creation of the new Liechtenstein principality from the acquired domains was done to promote Anton Florian’s admission to the Reichstag. The Reichstag demanded that all its members owned land only subordinate to the emperor instead of high nobles. The land that Anton acquired was previously owned by the Liechtenstein family.

Karl’s coronation prompted Anton Florian’s relocation to Vienna. He lived in Vienna and served the Emperor until his demise in 1721. Prince Anton Florian I died at the age of 65. He was buried in Moravia (now Czech Republic) in the Old Crypt at the Church of the Nativity of the Virgin Mary.

The Principality of Liechtenstein is the world’s 6th smallest country, with a population of 38,500. The country is home to scenic scenery, Europe’s only absolute monarchy, and enjoys a high standard of living. The capital Vaduz is a significant centre of commerce and international banking.

This country has been a minor holding of a powerful noble family from elsewhere for a long time. For instance, it was part of the Holy Roman Empire and the German confederation. Nonetheless, in 2003 the citizens of this nation voted in a national referendum to add more to Prince Hans-Adam. In this comprehensive guide, we will share some of the crucial dates in the history of this nation.

Crucial dates in the Principality of Liechtenstein

The Liechtenstein family, whose origins are in Austria, were the first to acquire the fief of Vaduz in 1699. Here are some key dates in this noble country’s history.

23 January 1719, the country gained the status of an autonomous principality of the Roman Empire under the name of Liechtenstein. It was Emperor Charles VI who uplifted “the earldom of Vaduz and the seignory of Schellenberg to the newly founded imperial Principality of Liechtenstein”. His action led to the birth of a sovereign state within the Holy Roman Empire of the German Nation”. On 23 September of the same year, the country declared independence from the German empire. 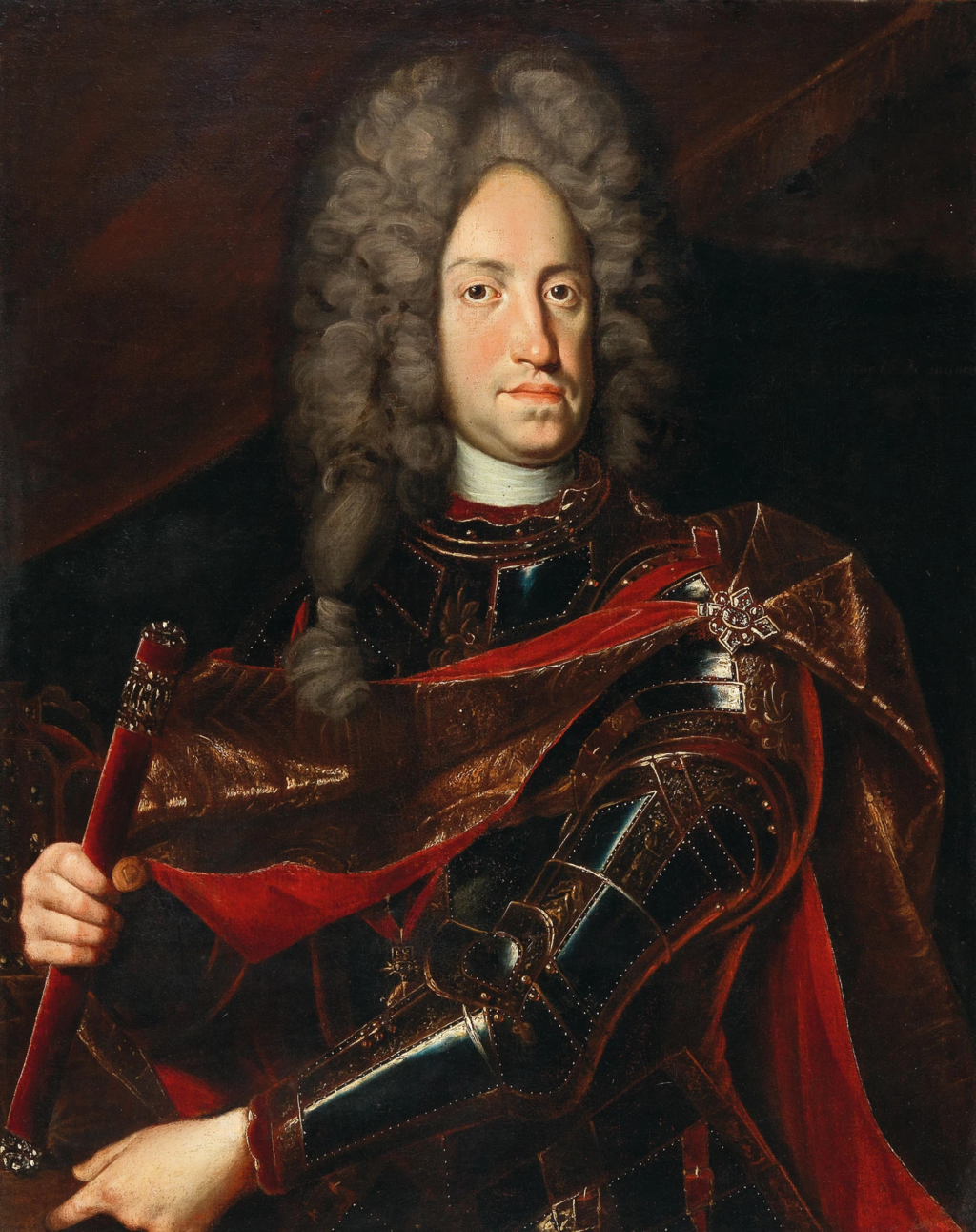 On 2 March 1919, the Hapsburg monarchy of Austria was nullified as Switzerland succeeded Austria as an agent of Liechtenstein’s interests far and wide. This means Switzerland assumes all diplomatic and embassy responsibilities in nations where Switzerland has representation.

On 20 November 1959, the seven European Nations, “Norway, Denmark, Britain, Austria, Sweden, Switzerland, and Portugal,” signed the Stockholm Convention, which formed the EFTA European Free Trade Association. This organization later became operational on May 3, 1960. Later these countries were joined by Ireland, Denmark, and the UK in January 1973. Portugal joined this group in 1985, followed by Austria in 1995. By 2017, only four members remained: Norway, Liechtenstein, Iceland, and Switzerland.

On 28 February 1971, the male electorate in Liechtenstein denied women the right to vote. The action was carried out through a referendum on women’s suffrage held in Liechtenstein. The voting turnout during that day was 85.6%; the result was 48.98% in favour of yes, and 51.09% voted no.

On 1 July 1984, the country accepted women’s suffrage as the last European nation. There was a second referendum on this issue. Women won with a slight margin of 51.3%. As a result, women were allowed to vote and be elected in the next election held in 1986.

On 13 November 1989, Prince Hans-Adam II took over the government after his father’s death on this date. His father had succeeded his grand–uncle in 1938.

On 12 October 1998, the Canadian government began discussing with Liechtenstein, Sweden, and Norway about the first trans-Atlantic pact.

In 2000, Liechtenstein was blacklisted by the G-8 group of leading industrialized nations and a financial action task force of 26. These nations found that Liechtenstein was uncooperative in the fight against money laundering. However, in 2001 the Principality rectified the errors and was reinstated on the blocklist.

On 16 March 2003, the Principality held a national referendum where Prince Adam II wanted more powers. He could veto legislation, have the right to sack the government, and nominate judges.

21 September 2004, prince Hans-Adam handed over the governing powers to crown prince Alois, who invited 33,000 people from Liechtenstein to a garden party.

On 10 February 2009, European ministers ordered the opening of negotiations with Liechtenstein on fighting fraud.

In October 2015, the EU and Liechtenstein signed a deal that automatically exchanged financial information in case of tax disputes.

On 4 June 2021, the UK announced a post-Brexit trade deal with Norway, Iceland, and Liechtenstein.

The above dates are some of the key happenings in the Principality of Liechtenstein for the past few hundred years. This country is the only real European monarchy run by a conservative government.

Liechtenstein is a small landlocked country in the central part of Europe that borders Switzerland to its west and Austria to its east. It is also known as the Principality of Liechtenstein and its capital Vaduz.

Liechtenstein has a very small population, is not heavily urbanized, and is a predominantly German-speaking country that does not share its border with the Federal Republic of Germany.

The Liechtenstein family of lower Austria decided to purchase Schellenberg in 1699, followed by the county of Vaduz in 1712.

In the year 1719, Charles VI of the holy roman empire gave an announcement that Vaduz and Schellenberg were to become part of the Principality of Liechtenstein in honor of his faithful servant, Antonio Florian of Liechtenstein.

On this very day, the country became a sovereign member state of the holy roman empire. Similar to what was expected, the princes of Liechtenstein last set foot in their new principality for numerous decades. Liechtenstein is the only remaining European country that still practices strict agnatic primogeniture.

From July 25th, 1806, a confederation of Rhine was formed, and the prince of Liechtenstein was a member; he was a vassal of its hegemon-styled protector French emperor Napoleon I Bonaparte until the end of the confederation in 1813.

Liechtenstein was, however, invaded by the French during the Napoleonic wars, and after the demise of Napoleon in 1815, Liechtenstein joined a new coalition famously known as the German confederation.

In 1842, Prince Aloysius II was the first prince of Liechtenstein to visit his country. During the reign of prince John II (1858-19290, Liechtenstein was given a constitution in 1862, revised in 1921.

In the year 1868, Liechtenstein disbanded its army out of financial consideration. The end of the principality’s long-standing customs union with Austria was followed in favor of the custom treaty with Switzerland in 1923.

Since the elimination of the army, Liechtenstein has no army of their own to date and the country has always avoided conflicts with other nations.

In the year 1866, Liechtenstein became independent. With the invasion of Napoleon, Liechtenstein faced significant consequences as imperial legal and political mechanisms broke down. At the same time, Francis II, the holy roman emperor, renounced the imperial throne, and the empire ended.

As a result, Liechtenstein ended up having any responsibilities to any outdated (feudal) lord beyond its borders. Until the start of world war I, the country enjoyed a thriving economic relationship with Austria.

The country also maintained neutrality during World War 1 and World War II. After the demise of Nazi German, much of Liechtenstein’s territorial land was taken by Czechoslovakia and Poland.

The country experienced rapid industrialization during the reign of Francis Joseph II, who served as the prince from 1938 until his death in 1989.

After the death of Francis Joseph II, he was succeeded by his son Hans Adam II, where during his reign, the country joined the United Nations in 1990, the European free trade association in 1991, the European economic area in 1995, and the world trade organization in 1995.

In 2004, Hans Adam’s son assumed the day-to-day royal governance responsibilities while his father remained officially the head of state.

No comments to show.